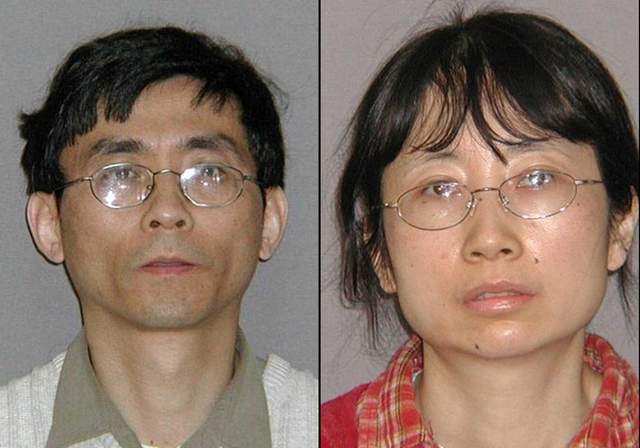 An ex-General Motors Co. engineer was sentenced to a year and a day in prison and her husband was given a three-year term after being convicted of stealing hybrid vehicle technology from the automaker for potential use in China.

“This crime, though not a crime of physical harm … is a crime in which our whole community and whole economic system is a victim,” Battani said.

Prosecutors said GM trade secrets were found on computers owned by the Troy couple. The government didn’t believe the information made it to China.

Qin cried as he described the “great pain” he caused his family.

“That shame and guilt will stay with me for the rest of my life,” he said.

Du, shaking, said she was sorry. “I have made poor decisions,” she said, crying.

Assistant U.S. Attorney Cathleen Corken said the technology was worth at least $40 million.

Qin’s attorney, Frank Eaman, sought probation. GM, however, had asked the court for the maximum sentence of 10 years in prison.

“Protecting trade secrets from improper disclosure and use is important to GM and directly impacts the nation’s economic well-being,” GM said in a statement Wednesday. “GM is pleased that the Court sent a message that such theft will be punished.”

The couple was found guilty in November by a federal jury after a weeks-long trial. The pair conspired to steal GM trade secrets from December 2003 to May 2006, according to the indictment.