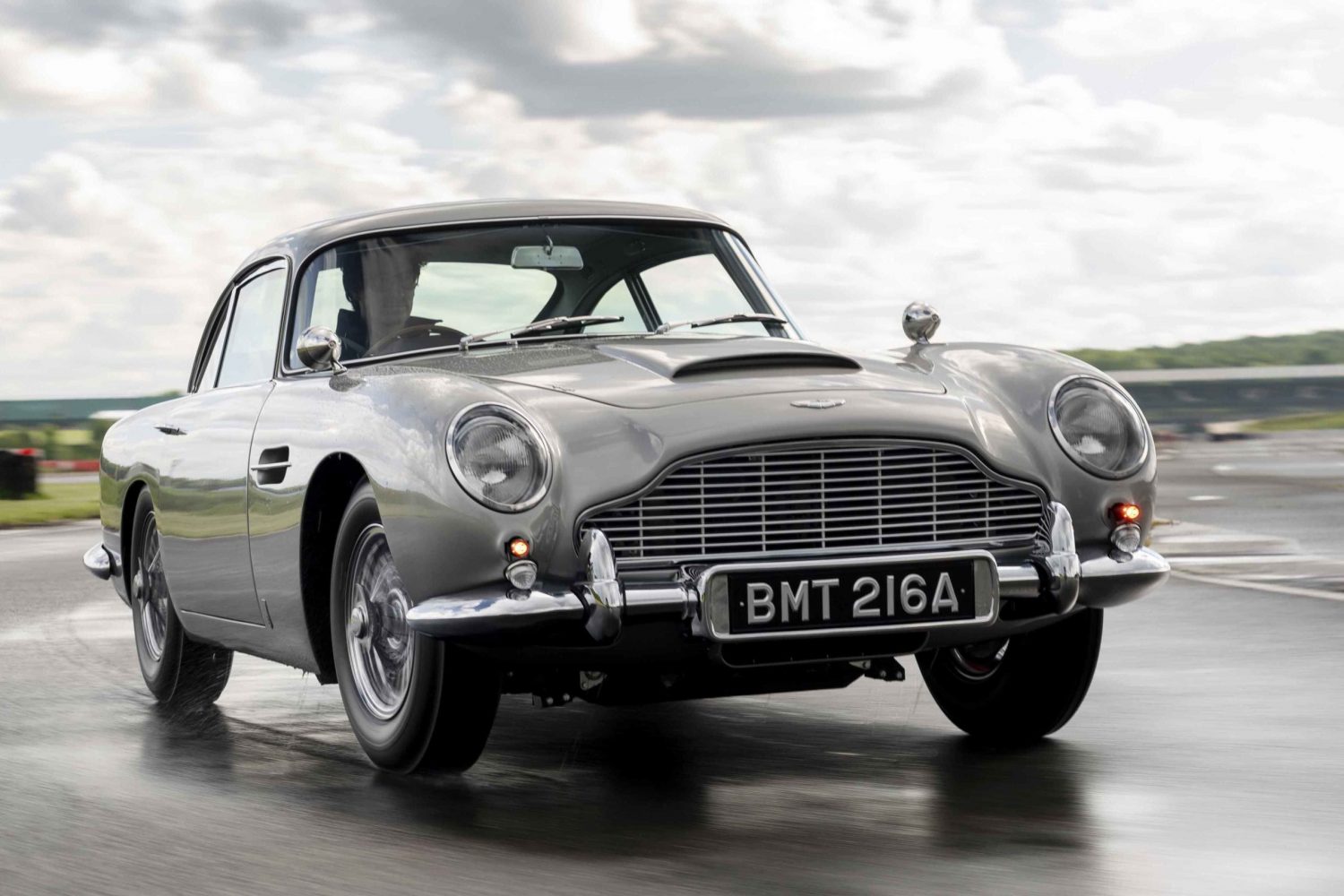 The Aston Martin dynasty entitled DB, the initials of David Brown, the industrialist who acquired the English brand in 1947, reached the peak of popularity with the DB5.

This was the logical evolution of the four generations of cars that had preceded it and which had reached full maturity with the DB4 and DB4 GT under whose bonnet thundered the 3,670 cc straight-six designed by Marek Tadek.

An engine ready since the beginning to further injections of cubic centimeters and horsepower, so much that it grown to 3.991 cc on the racing DBR2.

In 1963, when the DB4 left the scene, it was the DB5’s turn to take up the baton, presenting itself with few aesthetic changes but with the six-cylinder brought to the limit of 4.0 liters, equipped with camshafts with nearly racing profiles and feeded by three SU HB8 carburettors. An engine for which the Company declared over 280 HP and was coupled to a four-speed gearbox plus overdrive or, initially as an option and then as standard, a five-speed ZF manual  transmission. 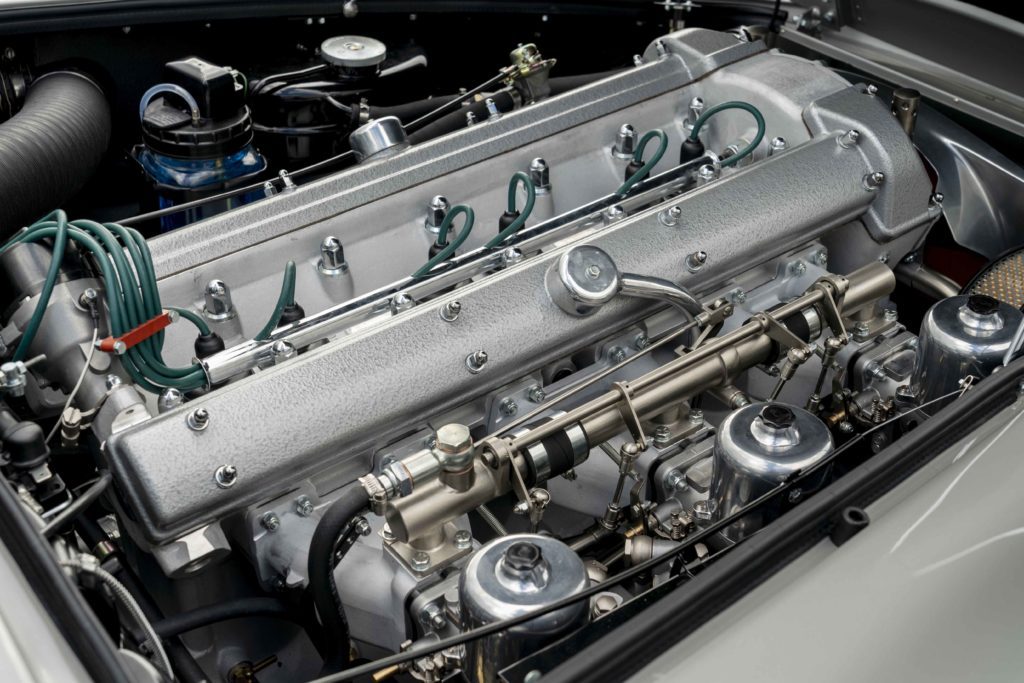 The meeting with Ian Fleming’s 007

Ian Fleming wrote Goldfinger in 1959 and in that story he imagined 007 Secret Agent driving an Aston Martin, which obviously couldn’t be a DB5. The release of the film was planned for 1964 and when the producers decided to turn to the English Company it happened right in the transition period between the DB4 and the DB5.

The idea of ​​EON Productions, the film producer, was actually to set up a DB4 GT Zagato, but given the arrival of the new one, it was decided to set up two DB5s, indeed, one was the DB5 prototype derived from a DB4 Vantage and the other a car from the beginning of production. Both painted in Silver Birch, they were practically twins at sight, although only the first, with the BMT 216A license plate, had all the gadgets that made it a lethal weapon for James Bond’s opponents. 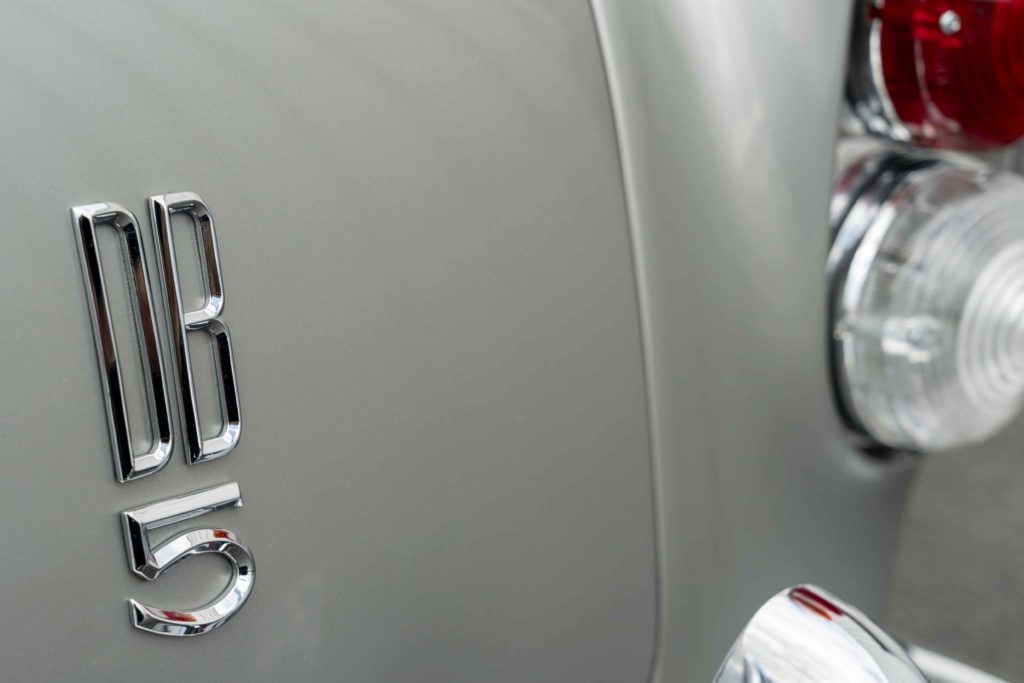 Today the gimmicks that Ken Adams invented for that DB5 might make you smile, but in 1963 they were something absolutely never seen before and that contributed to making this car really legendary.

In the center, between the seats, a flip-up armrest hid a series of switches that controlled all the attack and defense devices; the bumper overrride to ram other cars; a vertical lifting plate protected the rear window from bullets; cannons came out of the front position lights and oil and nails from the rear to slow down the pursuers; the plates rotated on command on three different positions and the rear wheel nuts could come out to cut the tires to the opponents, like the chariots of the famous final carousel of the Ben Hur movie.

But the surprises continued in the cockpit with a telephone (remember we are talking about almost sixty years ago), a radar hidden under the radio speaker in the center console and finally a button inserted under the gear knob that controlled the Martin Becker ejection seat, which fly out through an opening in the roof. 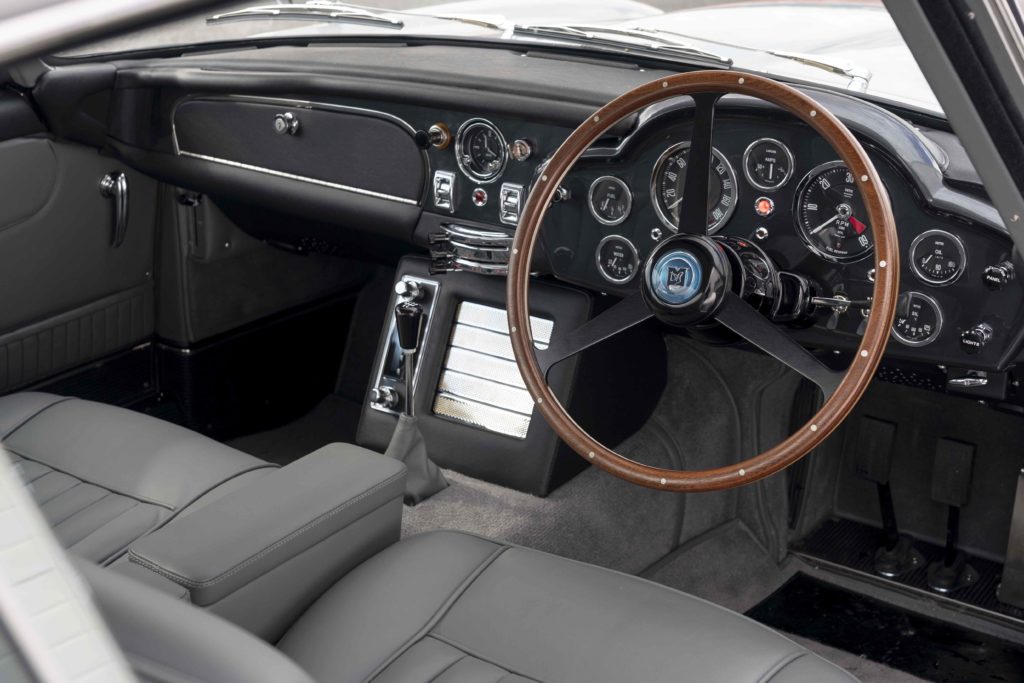 Obviously there was a lot of fiction in the dynamic scenes, but in general all these ‘accessories’ worked, also because the production had a huge budget (we were talking about 3 million dollars) which returned after only two weeks of screening. An unprecedented success.

Subsequently, two other DB5 ‘Goldfinger’, set up for promotional purposes, brought to four the cars with those unique characteristics, each of which followed different paths but all at home in highest level collections. 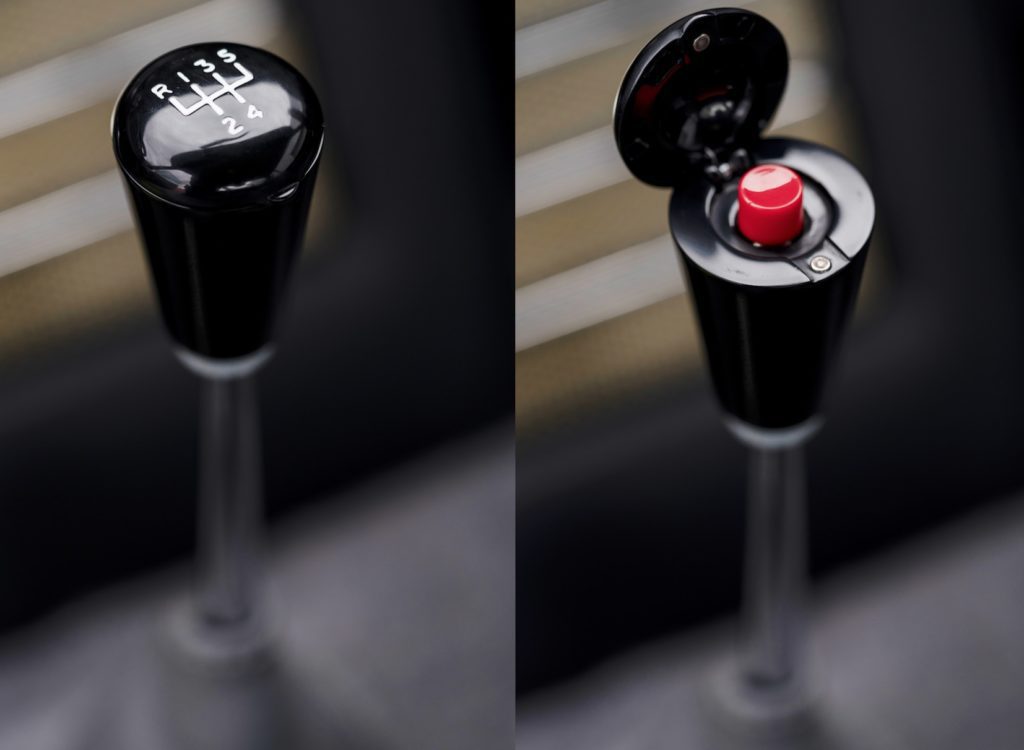 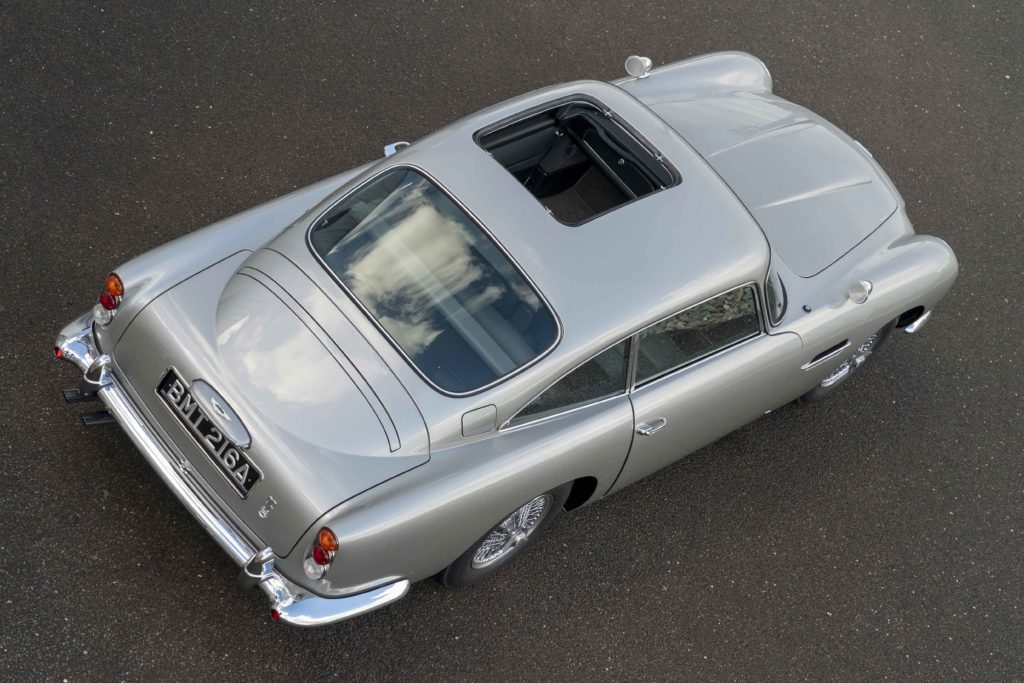 Today Aston Martin has decided to pick up the story of the ‘Goldfinger’ DB5 from where it left off, setting up 25 copies of exact replicas of that legendary car, built, in the production years, in around 900 units.

Created in collaboration with James Bond film maker EON Productions, and equipped with a wide range of functional gadgets like those seen in the film, the Aston Martin DB5 Goldfinger Continuation are in the pipeline. Among the noteworthy technical features are the tubular frame covered with hand-beaten aluminum panels, the 4.0-liter, 290 HP in-line 6-cylinder aspirated engine coupled to a five-speed manual ZF gearbox, rear-wheel drive with self-locking differential.

The hydraulic disc brakes are Girling’s, the rack and pinion steering has no power assistance and the suspensions faithfully reproduce the originals, to give back to those lucky enough to own one of these cars the same driving sensations that they felt over the sixties.

The first customer deliveries of the DB5 Goldfinger Continuation have started and will continue in the second half of 2020.

Brembo: i freni per l’Endurance